Close Alert
Questions about the Philips CPAP and ventilator devices recall? To find out what devices are affected, next steps and where to call with questions, click here.
Close Alert

Timshel Tarbet is Vice President of Business Excellence and Diversity Strategy. She is focused on leading initiatives to expand inclusivity both from a human resources standpoint and also as a means for SCAN to serve new and existing populations in ways that are linguistically and culturally competent.

Prior to her work with SCAN, Timshel spent 16 years at Portland-based Cambia Health Solutions, which is part of the BCBS association of plans. During her tenure at Cambia, Timshel led the Ethics department, where she succeeded in transforming the program into a nationally recognized, award winning initiative which enhanced engagement across a 5,500-FTE organization. She also spent time at Cambia leading the Enterprise Risk Management and Corporate Accountability teams, and as a Human Resources Business Partner.

Prior to Cambia, Timshel worked in human resources for Multnomah County, the State of Oregon Department of Fish and Wildlife, and was a Staff Sergeant in the United States Air Force. 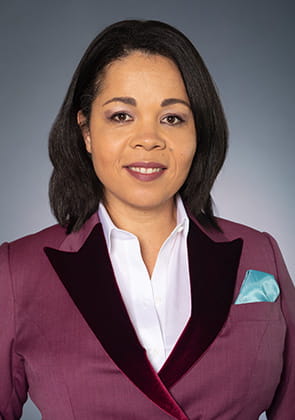